A celebration of father’s of all ages

Whether it is a small gesture or a big party, doing something for your dad is an important yearly celebration in the United States.

What to do on Father’s Day

In the morning, all fathers love it if someone prepares a big breakfast. Normal activities for Father’s Day include special dinners, sporting events, and gift giving.

Breakfast you could make for your dad could be…bacon, eggs, hash browns, coffee, orange juice, and possibly some cereal, fruit, muffins, biscuits, or grits. Sausage may be substituted for bacon. It doesn’t have to be complicated – just a little bit of thought and effort!

Next, spending some time outside would be a good idea. Because Father’s Day is the third Sunday in June, the weather is normally great for some sort of outdoor activity. For lunch, try a casual menu option.

Or a casual lunch for dad..

Hot dogs, hamburgers or a barbecue are great ideas for lunch with dad. In the afternoon, you could organise to take dad to some sort of festival or event. For dinner, take dad out for a nice meal at his favorite restaurant. In the evening, watch a baseball game with dad.

In the United States, Father’s Day has become a day of equal importance as Mother’s Day, despite the lack of support from the florist industry and less support from the greeting card industry. However, the availability of cool Father’s Day gifts is unlimited. ( A book on Dads favorite topic is a great gift idea!) Going to the store to look for the perfect Father’s Day gift can be a lot of fun. Just remember what dad would like to use around the house or in his car.

There are many other activities surrounding the celebration of Father’s Day in the US. Fathers are a vital part of the development of boys, and the presence of a father figure is honored on this day. Some of the activities which are usually done on this day focus on ‘manly’ things such as cars and sports. 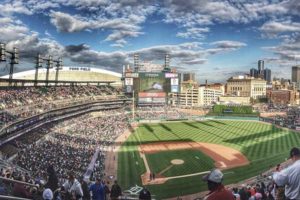 Sporting Events. It is also a great for family’s to take their fathers out to see a sporting event. Due to the season being summer, most fathers will go see a baseball game. This is a good chance to relax and enjoy a game with dad.

There are several websites which carry special promotions, such as the main sites for the major retailers as well as discount sites such as GroupOn and others. These sites have heavy discounts on certain items if a minimum number of people sign up to purchase the discount. One of the possible discounts offered for Father’s Day would be very cheap admission to an auto show or baseball game.

The modern day Father’s Day is an extension of a Father’s Day celebration started in Washington state. From here, substantial support was given to the day, and it was eventually made a public holiday in all states. It wasn’t until the 1970s that Father’s Day was given this honorary status.

Despite the delay, Father’s Day quickly caught up with Mother’s Day in terms of support from commercial businesses, who quickly realized the potential of the day.