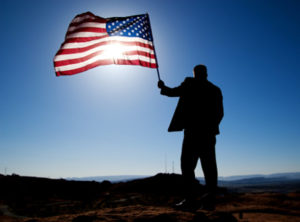 Memorial Day was first enacted to honor Union soldiers of the American Civil War and it was expanded after World War I to include American casualties of any war or military action.

Memorial Day and Labor Day are often referred to as bookend holidays, marking the beginning and end of the summer holidays in the United States.

Memorial Day in the United States, a Day of Remembrance

Held on the last Monday in May each year since the mid 1800’s, Memorial Day is one of the most special days for those who had family members in the various wars, battles, and conflicts over the decades.

The holiday started in the aftermath of the American Civil War when veterans from the Northern Army started a day called “Decoration Day.” This day was originally designed to honor those who died in the Civil War between the North and South. However, it became a fully celebrated day in the North only two decades later. A couple decades after this, the rest of the expanding country of the United States of America adopted it as well.

For those who observe this day, there are a number of patriotic activities which are typically done to honor the country and its soldiers.

Some of the following are events which will take place every year during Memorial Day:

As the meaning of Memorial Day has broadened to include events not originally associated with Decoration Day, more and more Americans choose to celebrate the day.

With the country currently involved in armed conflicts overseas, though, most of the country is more interested in what goes on with the country’s military and other armed forces.