Washington’s Birthday (also known as Presidents Day in some states)

George Washington was born in February 22, 1732 in Virginia, USA and was a natural leader, instrumental in creating a united nation out of a conglomeration of struggling colonies and territories.

Washington was the first president of the United States of America and is affectionately honored as “the father of his country.”

Celebrated on the third Monday in the month of February, Washington’s Birthday is a special day for the young nation of the United States of America.

Until 1971, both February 12 and February 22 were observed as federal holidays to honor the birthdays of Abraham Lincoln on February 12 and George Washington on February 22. In 1971 President Richard Nixon proclaimed one single federal public holiday, and called it the President’s Day. The Presidents Day is to be observed on the third Monday of February each year and honors all past presidents of the United States of America.

The Federal Statute of the USA still designates this day as Washington’s Birthday. President Nixon had erroneously believed that a Presidential proclamation on the matter carried the
same weight as an Executive Order, which was not the case.

Often thought of as being the country’s most important and unifying President, George Washington is a truly worthy man after which to name a federal holiday. For someone who did so much to accomplish great things for the US, Washington and his birthday are both monumental.

What do you think? “Presidents Day” or is it Washington’s Birthday?

Apparently it’s a real mystery, since it was both ways in your article/explanation about the holiday.

If it’s any help, officially Uncle Sugar says the holiday for veterans is “Veterans Day” (plural).

What do you think?
Any comments or feedback welcome – please email your comments

Activities and Traditions for Washington’s Birthday

In modern times, Washington’s Birthday has been combined into Presidents Day, which is also known as Presidents’ Day. As most holidays, this special day has been pinned to special promotions and sales. Almost every retail location will hold some sort of promotion for its projects.

One of the most popular things that goes on sale is a symbol of modern day America – the car. Popular American car brands such as Ford, Chevrolet, and Cadillac all hold sales on Washington’s Birthday. Typically there are offers of 0% interest, deferred payments, or reduced sales prices.

Before the 1980s, most corporations were closed on Washington’s Birthday. However, in the past two decades, in accordance with the increase in promotions around the country, almost every private enterprise is open on this day. It is a federal and state holiday, so all governmental agencies and offices are closed. However, in order to capitalize on an increase in customers, other firms and offices stay open in order to serve the general public’s desire to buy. While the United States Post Office is officially closed, other third party delivery services such as UPS, DHL, and FedEx continue to make deliveries.

For schools, there are a variety of different observances, depending on what state it is. Many school systems will combine Abraham Lincoln’s Birthday with George Washington’s Birthday, and offer a few days off for teachers and students. Other school systems do not give days off, but they do observe the day with special activities in and around the school’s campus. Depending on the state, very different activities are held.

This is what makes Washington’s Birthday, or Presidents Day, so unique. In one state, it is paired with Thomas Jefferson’s birthday. In other states, it is celebrated as a separate day and not combined with any other special day.

Some examples of interesting activities planned for Washington’s Birthday include the following:

While Washington’s Birthday does not have as concrete a configuration as other federal holidays in the United States, it is a much beloved day which is marked by retail sales and an increase in awareness for the office of the President. 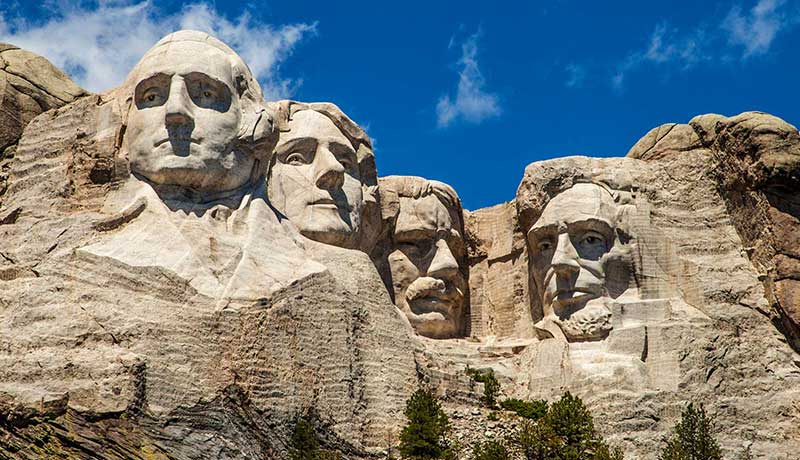 USA » When is Presidents Day/Washington’s Birthday 2022?